Babies imitate their parents and can also adopt their bad posture. Later, the pressure at school and the fears at puberty, which express themselves as a protective posture in the body, follow. Sometimes, however, the Western ideal of beauty or a military posture in the body cause tension. These deform the body very slowly, until after many years the entire body statics is shifted.

A young person whose body knows nothing “better” will perceive his displaced body statics as “normal”. In the course of years his body now experiences stress again and again in everyday life. During stress, the body contracts, contracts into the existing pattern and thus strengthens the displaced status.

This process is usually perceived relatively late. The body adapts more and more to the shifted status by organizing rebuilding processes: Tissue is strengthened and reinforced, joints are worn on one side only. Uneasiness and pain occur. Overstrained muscles become weak. The body tension decreases. Below are a few typical symptoms: 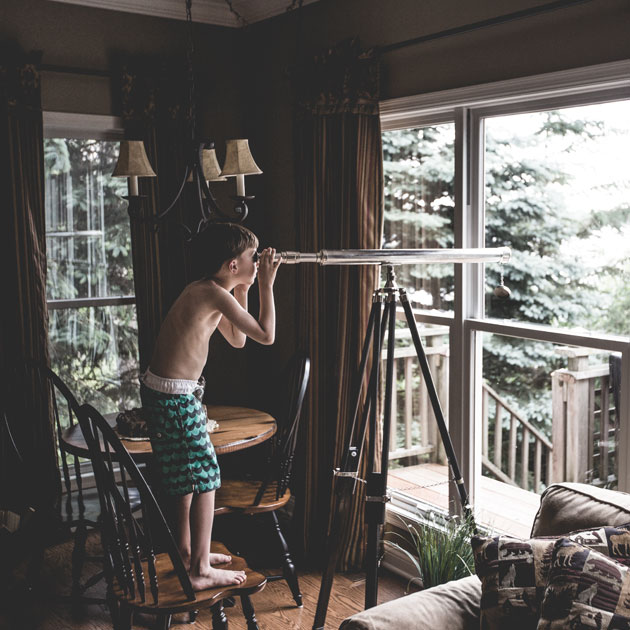 What awaits me in the Rolfing® session?

A collaboration awaits you – a voyage of discovery on which you and I will search together for a way to help your body. It is our map. We will deal with three aspects again and again:

In each session we will explore these three points again.

What is the result?

The goal of this work is not a final state like “healthy” or “painless”, but a process that sets in motion what has been held; a process that creates space in the body that you can fill with movement in your everyday life. The pain you originally came for will be relieved the more you relax, the more you straighten up and the more you move freely.

At last you will be able to feel comfortable in your body again. You will also perceive your body more attentively and develop a finer sense of balance and posture. If you then notice more and more often in everyday life how lively and easy you walk through the world, how your movements flow loosely and easily, and if you discover that “movement” and “freedom” are like brother and sister – then you begin to enjoy this new freedom. Then you are on the right path.

The car accident took place two years ago on a rainy day. Marianne – our imaginary client – was standing with her car at an intersection when a van hit her car from behind. In her rear-view mirror, she recognized the van that was driving fast towards her only a few seconds before the collision. The hospital later diagnosed whiplash and severe bruising.

Since the car accident:

She had the whiplash trauma treated by a chiropractor for half a year, however the constant headaches and tension in her neck did not improve. Marianne has had sleep problems since the rear-end collision. Panic attacks wake her up in the middle of the night, during the day she repeatedly has flashbacks of shattering glass and again feels the impact in her body. She is often distracted, misplaces things, and clumsily bumps into pieces of furniture. When she drives, she constantly looks in the rear-view mirror and struggles with panic when she has to stop at a crossing with traffic lights. She avoids driving as best she can.

When does safety come into play?

When Marianne visits the practice for her first Somatic Experiencing®, she seems overtired, pale and a little nervous. She immediately begins to talk about the accident. Already with the first sentence she becomes wide awake and gesticulates with her arms. Friendly, I interrupt her and say:

“I would like to listen to everything that happened to you at that time at a later time – but now I have another question for you: When did you feel safe again for the first time after the accident?

Marianne is surprised by the shift in focus. She then tells me about her husband and how he arrived into the emergency room. I ask Marianne what she is perceiving right now at the thought of this situation and she reports a feeling of warmth in her legs and how her neck and then the whole body relaxes. I can observe that her previously flat breathing relaxes and her breaths become deeper and more regular. She continues to talk about individual sensations and how she feels more and more comfortable and secure in her body. A state she has missed since the accident.

When the autonomic nervous system is overwhelmed:

I explain to Marianne that her autonomous nervous system was overwhelmed by the impact and the loud noises. It’s like sending high voltage current through a 220-volt power grid. The nervous system does not know where to put all this energy. This then leads to the feeling of being constantly under current, to the alarm and panic states she repeatedly experiences, and to the subsequent deep exhaustion into which she falls. – She nods understandingly. In Somatic Experiencing we assume that the trauma is not in the event itself, but takes place in the nervous system. Therefore, it is important to give the autonomous nervous system the opportunity to calm down and rearrange itself.

Next, I ask Marianne what helped her to survive the difficult time after the accident. Marianne talks about various family members, friends and helpful activities such as listening to quiet music or riding a bicycle. Again I draw her attention to what she is feeling right now as she talks about her helpful friends and pleasant experiences. What helps to become calmer?

What helps to become calmer?

I explain to her that in Somatic Experiencing we first of all create a place of safety and tranquillity that she can visit again at any time if it becomes “too much” for her. By now experiencing and savouring a feeling of calm and security when she thinks of all the situations that have helped her, we are giving her nervous system the chance to regulate itself anew. – Marianne is silent for a long moment. I watch as her facial features relax and her gaze becomes clearer.

Now I suggest a little experiment.

“How about we go to the very first moment when you realized something was going wrong and you freeze that moment like a photo?

She talks about the picture of the van in her rearview mirror and how she gets goose bumps and nervous at the same time. “How about you imagine the van at some distance away? At a distance where you feel less threatened by it, but can still see it? Marianne places the van several hundred metres further back in her imagination, so that it can be seen very small in the rear-view mirror. She also reports how her nervousness slowly subsides and she becomes calmer. We give this “calming down” a lot of space and time 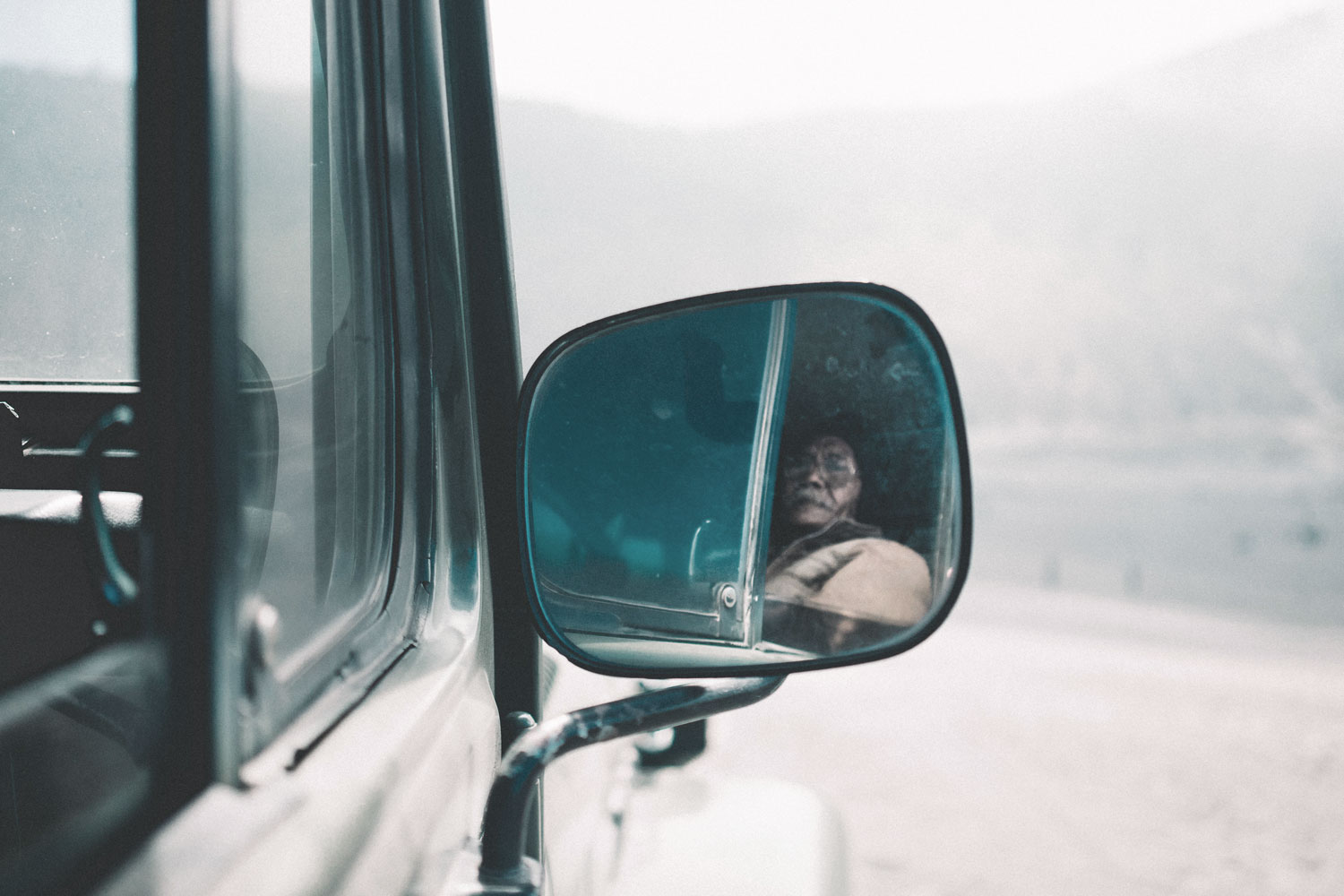 Photo by Rendiansyah Nugroho on Unsplash

Progress through very small steps: Then I explain: “Such an accident is like a film consisting of individual images on a film reel. The nervous system doesn’t care whether the images on the film reel correspond to the reality of that time or not. It is essential that you have found a picture that helps you to think of the van without getting nervous or panicky.

We now proceed in small steps. Picture by picture, we can rotate the roll of film back and forth as you wish.” Marianne leans back in her chair. We turn back to the frozen picture of the far away van. When asked what her body would most like to do at this sight, her spontaneous answer is.

We’ll try that out now. She feels a warm flow of energy flowing through her leg. After we have given the room and welcomed the relief into her body, we return to the situation again. Again I ask for her need to look at the picture again. This time she reports a deep anger and that she wants to insult the driver. We also look at this situation together and see how her body reacts. After several Somatic Experiencing sessions over a period of six months Marianne is able to cope with most of her fears. The majority of her symptoms also gradually disappear.

This text is based on the following article by Diane Poole Heller and Larry Heller. If you are interested in the theoretical background of Somatic Experiencing and would like to learn more about the function of the autonomic nervous system using Marianne as an example, please read Somatic Experiencing® in the Treatment of Automobile Accident Trauma, by Diane Poole Heller, Ph.D. and Larry Heller, Ph.D. Abstract

“The dynamic of trauma is partly that it separates us from the inner experience in order to protect our organism from sensations and emotions that we may not be able to cope with. It may take some time before we develop enough confidence to allow for small inner experiences. Be patient and always remember that you do not need to experience everything on the spot. This heroic journey consists of many small steps that you take one by one.”

Peter A. Levine, Trauma Healing: The Awakening of the Tiger

A book worth reading on the subject is:

This book shows you how you can help yourself after a car accident so that no trauma symptoms remain behind. It is a do-it-yourself guide to shock trauma.

Whether on the road or in the mountains: In cycling, the body needs a solid training foundation. This is the key to ensuring that top performance is maintained over a long period of time and that injuries or overstraining do not occur.

However, many cyclists fall into the trap of thinking that cycling is only a matter of the legs. Unfortunately, this is not the case.

The legs, the hips and the buttocks generate the great forces to move the bike. But to stabilize the lower part of the body, a strong stomach, back and upper body are necessary. All areas of the body must work together to stabilize the bike and bring maximum force to the pedals. Cycling is a whole body activity.

There are many different causes of injuries while cycling. The most important are: 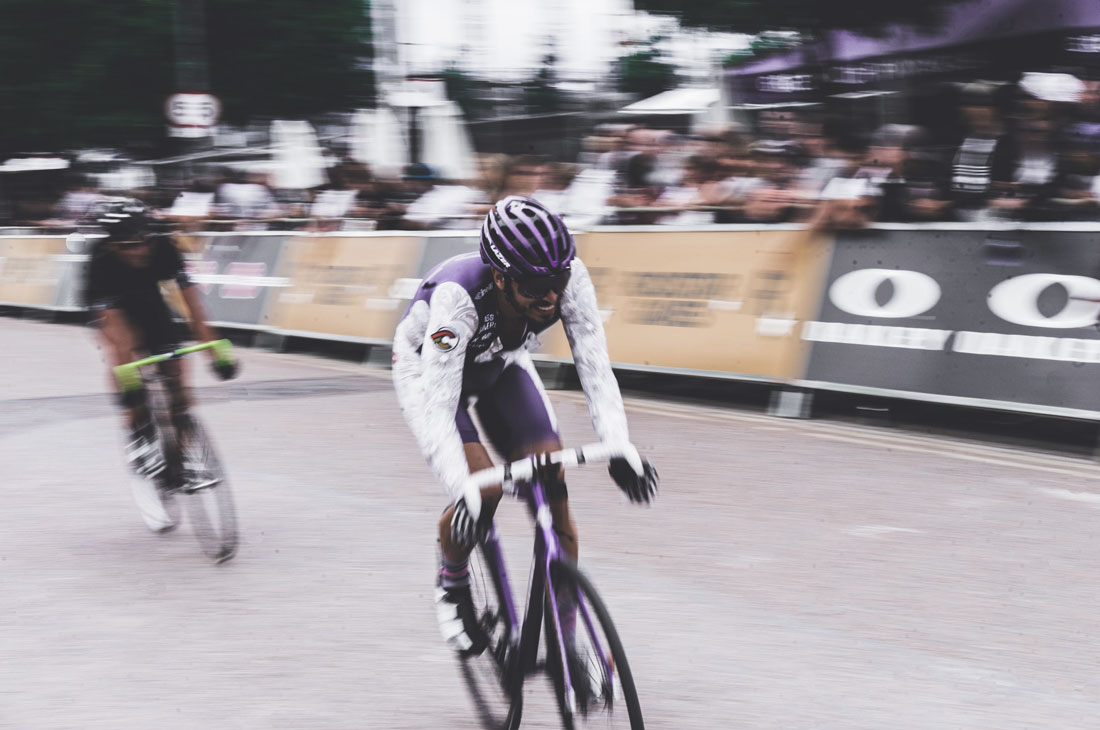 Photo by Boris Stefanik on Unsplash

Apart from falls and accidents, the classic problems in cycling are the following:

How do I avoid injuries?

If you only train for strength and stability, your fasciae will shorten and become hard and inflexible. This is why your body also needs regular moderate stretching. Here Rolfing can support you. But Rolfing is more than stretching. 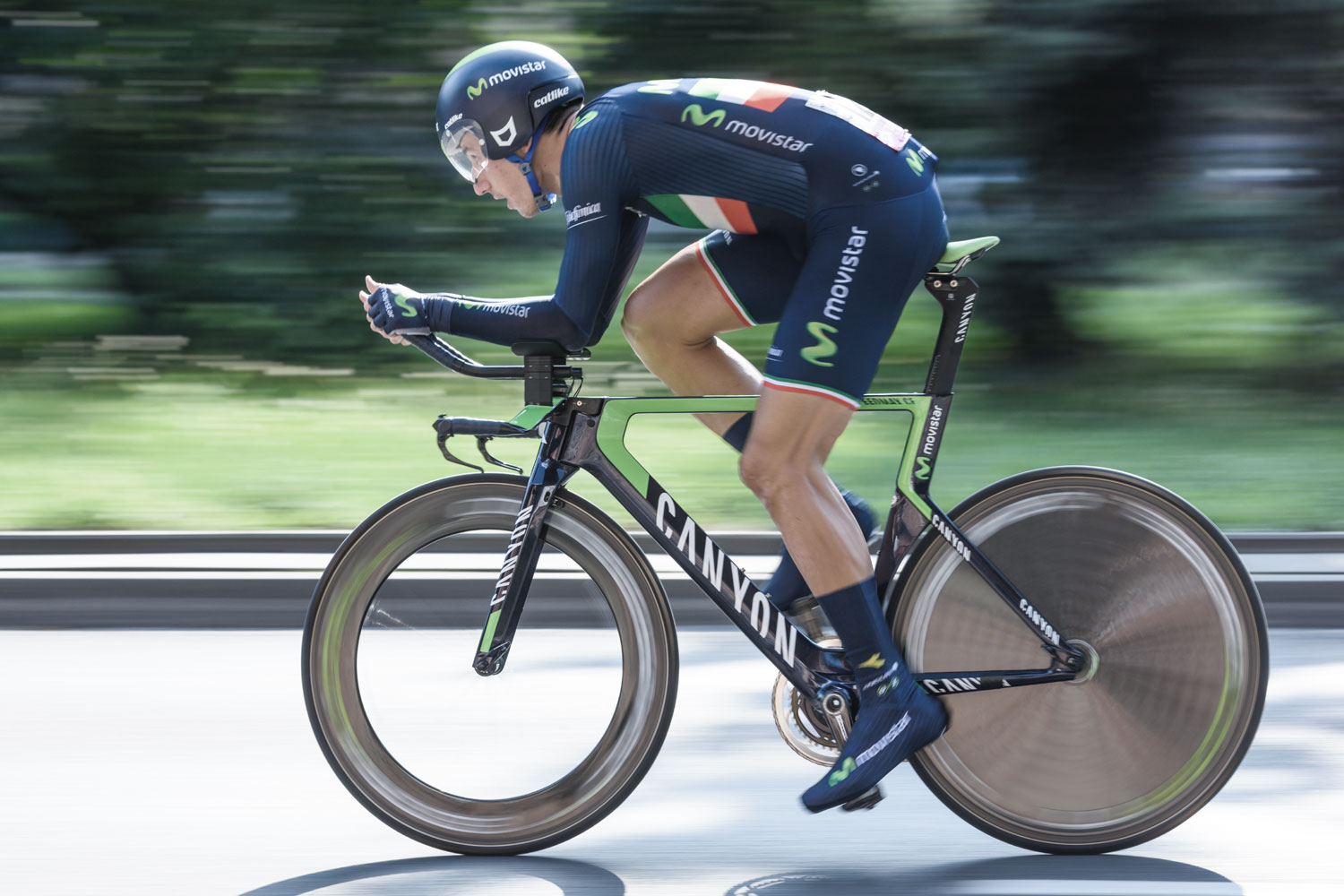 Photo by Jacek Dylag on Unsplash

Rolfing is work on posture – also on the bike

The most important muscle chains for cycling are addressed by Rolfing, with an emphasis on breathing, pelvic dynamics and trunk stability.

“Bicycling and Pain”
Sheldon Brown writes where it can hurt and how to fix it – made cool.

“Cyclist’s Guide to Injury Prevention“
Blog. Collection of good articles on the topic.

“Überlastungssymptome bei Mountainbikern”
From the Institute for Rehabilitation, German Sport University Cologne. The article describes the various symptoms of overuse in mountain bikers. Of the 840 respondents, 90 percent had overload symptoms.